What Mistakes Should A Contractor Avoid While Repairing A Sidewalk? 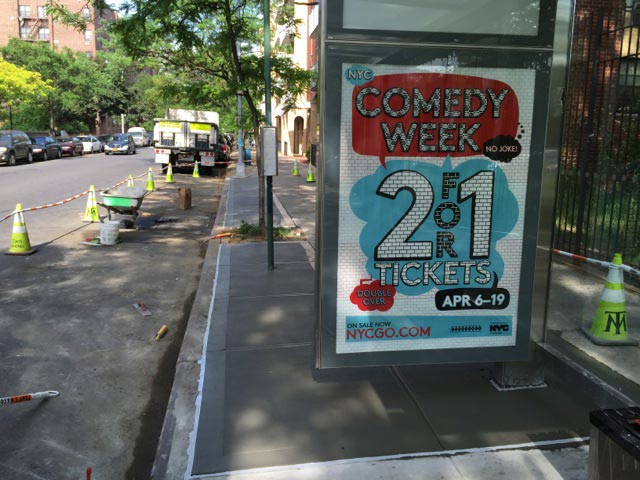 If you have ever stumbled while walking down the neighbourhood, blame it on the sidewalks. Concrete sidewalks are subjected to a lot of physical abrasion because of foot and vehicular traffic. As a result of this, the concrete slabs chip, crumble and undergo structural damage. These damaged sidewalks are not only an eyesore but also become a tripping hazard. If the sidewalks around your home or business establishment have encountered such a fate, it is imperative that you get a concrete contractor for sidewalk repair at Staten Island and get the issue fixed to prevent any mishaps.

Before you go into the repair thing, you should first assess whether the damage caused to the sidewalk needs repair or replacement. If you come across a sidewalk which has undergone some wear and tear such as small cracks or minor chips here and there, you can repair it up with a simple patch. But if the crack is more pronounced and the sidewalk looks uneven or broken, then you have no other option than to replace it. Now replacing or repairing a sidewalk is not an easy job and concrete contractors make a hash of the repair job sometimes.

Firstly, the contractor has to remember that a sidewalk requires a straight and even form since the concrete will take that shape as it hardens. Pouring the concrete without measuring the form can result in an uneven and distorted sidewalk.

Secondly, before doing the sidewalk repair job at Staten Island, you have to assess whether the sidewalk height should be at ground level or at the level of the parallel sidewalks. This can be a costly mistake if avoided since the sidewalk will stay as a tripping hazard even after the fresh repair.

The third and most important thing which the concrete contractor has to keep in mind while doing the sidewalk repair at Staten Island is prepping the base. Most contractors pour the concrete before preparing the base which results in the sidewalk to dislodge from its position and become uneven. For preparing the base, you need to have a good gravel base consisting of a mixture of sand, gravel and crushed rock. Before pouring the concrete, the contractor should make sure that the gravel base is firm and not spongy.

My friend was telling me about an accident they had because of poor sidewalk repair, they decided to look into legal services similar to Myrtle Beach personal Injury Lawyer. They found a great lawyer and was a good thing they did, they got a fantastic settlement because of it.

sidewalk repairstaten island sidewalk repair
Related posts
5 Signs That Show You The Need to Hire a Sidewalk Repair Contractor in NYC ASAP
December 3, 2019
Why Is It Important To Choose The Right Cement For Your Construction Project?
April 26, 2018
What Are The Types Of Professional Concrete Paving Contractors?
April 13, 2018
Here’s Why Cement Is Most Favored As A Building Material
March 15, 2018
What Are The Varieties Of Cement Used In Construction?
March 15, 2018
All You Need To Know About Sidewalk Violation Inspections
March 8, 2018
Recent Post
Post Archive
Category